I Wish I Was Crumbs

I have been feeding A LOT of pigeons lately. I love to watch my perfect pigeons peck up tasty crumbs and oats and seeds. That’s normal and to be expected. But yesterday when I watched them peck up all the delicious crumbs, I found myself having a slightly less normal thought.

I found myself wishing that I was the crumbs!

GIF 1: Font-Weight pecking up delicious oats. Technically not crumbs but I can't think of anything that rhymes with "oats" (that isn't goats). I fully regret not making this gif say "Crumbs = Yums" instead, but I have to practise not going back and changing things just because I think my new idea is slightly better. Because really that will just go on forever and then you just don't upload ANY pigeon gifs!

After pondering the thought for many hours, I’ve concluded that this is without a shadow of a doubt the perfect way to die. Instead of getting buried in the ground/turned into ashes (that then just sit in a boring urn for eternity) what would be ideal is if your whole body could somehow get transformed into crumbs and then “scattered” on the ground/pavement, before being pecked up by several—if not all—of your favourite pigeons. In fact, this is officially what I would like to happen to me after I die (instead of a funeral, wake, et cetera). But hopefully that won’t happen for a while so that scientists have time to figure out how to turn people into crumbs first.

Out of all the pigeons that I visit on the regular, I would most like to get pecked up by Font-Weight. Font-Weight is called Font-Weight because of the css property “font-weight” which I sometimes use when making websites if I need some text to be bold (I find it important to make and update sites). I have to be totally honest though and say that I’m actually not using the font-weight property to make Font-Weight’s name bold in this particular instance because I write all of the posts in Markdown. But if you right-click on Font-Weight in Chrome and then click “inspect”, you will still see “font-weight” in the styles section because it all gets converted anyway. So it still works! 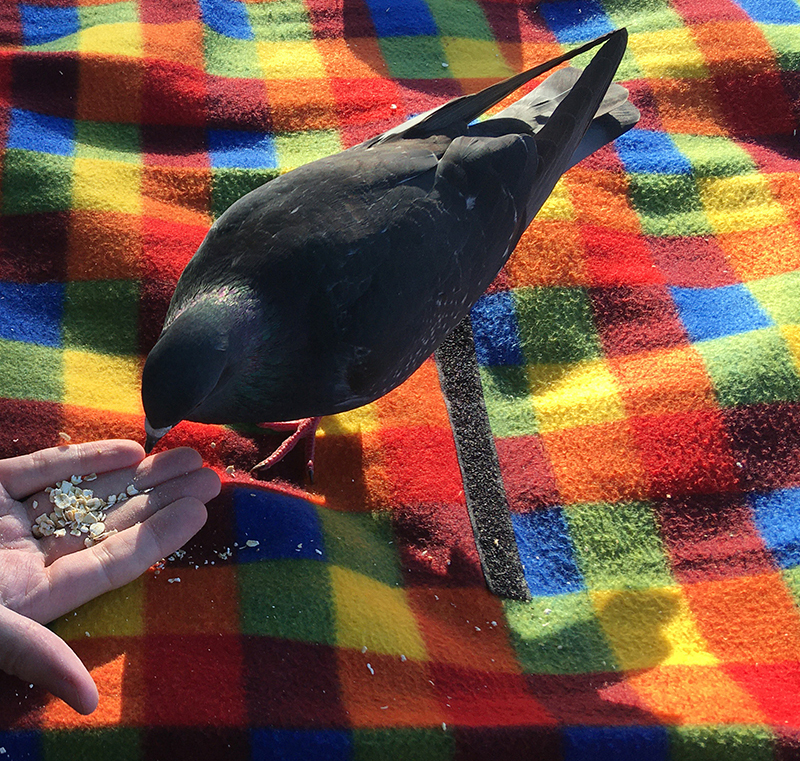 Font-Weight is named after the font-weight property because he’s extremely bold (at least “font-weight: 800”)! On the first day I met him, he marched across the picnic mat as if he owned the place and told me that he loves me. I said that I love him too and now I tell him that pretty much every day, both in person and sometimes I just say it to myself in case he can feel it.

I LOVE YOU, FONT-WEIGHT! 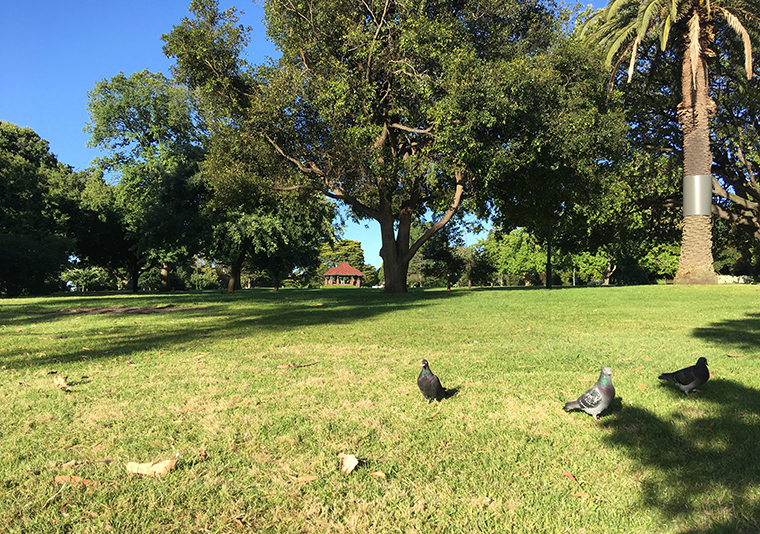 I love all of my pigeons though. Pigeons are optimistic and understanding—just like me! But despite being optimistic about how likely it is I’ll finish every single project that I start and also just trying to see some good in everything (even that guy who killed and ate that other guy seems pretty nice and just had a lonely childhood and is a vegetarian now, et cetera), I’m very aware of the fact that life would be easier if I could just get turned into crumbs and pecked up by my favourite pigeons and maybe also a rooster (which is my second favourite bird now).

But even if I can’t get pecked up by pigeons, just sitting in the park makes me calm. It’s very beautiful and green due to grass + trees. It’s so green in the park that I sometimes think of sleeping there overnight. If I just found a really dense area of shrubs/plants, I could sleep in there and nobody would know.

I kind of feel like if you can’t sleep in the park because “people will worry” then you’re not really free. I don’t want people to worry but I also want to sleep in the park—zero questions asked!

My greatest achievement in life was getting the Citizenship Award in primary school for apologising to everybody constantly and being nice to the “weird” kid (to be fair, I was probably the other “weird” kid but I was just way better at hiding it). I always assumed making a Herculean effort to never upset anybody ever was the correct way to be, but a man who’s spent over ten years impressing me with his ability to just say whatever told me that I have “the doormat personality” and actually it’s not great. It’s also not sustainable, since not being able to please everyone 24/7 makes it impossible to know more than three people at once and even that’s a mess and so you just end up buying a beautiful old house in the remote countryside of your own head, and even though an optimistically yellow rotary phone is installed in the living room (right by the SUPER ROMANTIC FIREPLACE), it’s been off the hook for so long that you’ve forgotten it even exists.

That’s not very Citizenship Award-y, is it?

With this in mind, I’m probably actually maybe not really possibly that suited to having an online presence of any significance. BUT I’m pretty sure the cure for DPD (Doormat Personality Disorder) is sleeping in the park regardless of what anyone thinks (the aforementioned man also told me not to sleep in the park, but if I’m going to be an anti-doormat I will have no choice but to do the opposite of what he says, haha!) Sometimes you have to do something extreme in order to stop doing something extreme.

I know a different man (I actually know several MEN, and they’re usually not that disappointed by me [but they are sometimes extremely disappointed by me]) who sleeps in the park regardless of whether or not people are worried, and he’s so cool. He sleeps under trees and he’s always fine. I want to be like him, and then I just have to hope that a Melburnian (that spelling is correct) methhead (who’s probably really nice most of the time) doesn’t stab me in the face at 3AM and prove everyone right.

By my calculations, it seems that both the best and the worst deaths could happen in the park. The best death is getting turned into crumbs and pecked up by my favourite pigeons (especially Font-Weight). The worst death involves the methhead at 3AM and could be relatively bad. But I still want to sleep in the park.

The ducks are cute though!

I think me and the man-duck have a lot in common because he always frantically checks the same spot over and over and over and over and over again, even when the food has been gone for ages. I mean, just because you spontaneously bash out three chapters of an incoherent but helpfully distracting gay (as in GAAAAAAAAYYYYYYYYYYmen) sci-fi fantasy adventure-romance epic at 5AM when you can’t get back to Snoozeville, doesn’t mean you’re going to accidentally attach them to your rental application instead of the appropriate documentation! And even if you did do that, it’s probably not even literally the most embarrassing thing that could possibly happen to anyone ever. Maybe the real estate agent is a curious but under-stimulated lady in her late twenties who finds the chapters a welcome BREAK from the monotony of constantly unlocking/locking doors and even develops a slight crush on the main character and doesn’t notice how many times you used the same verbs and also that you misspelled coarse as course. There’s really no need to check whether or not that sort of thing happened more than once or twice—ten times, tops. 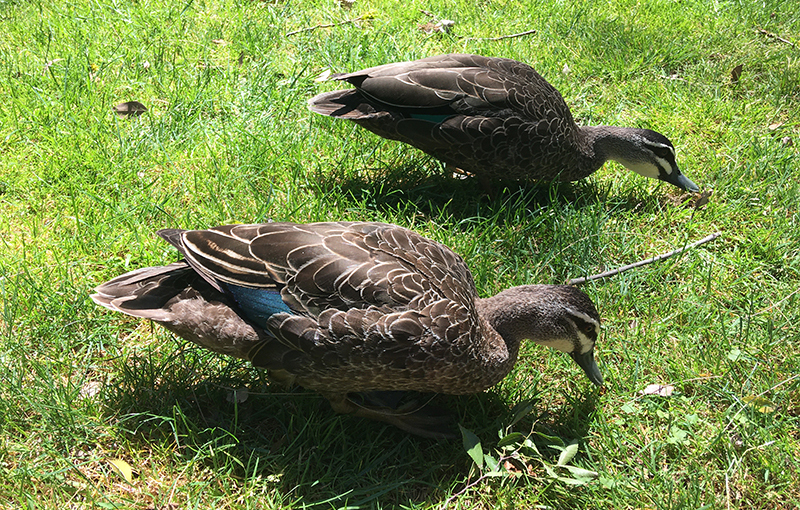 I don’t know if this is a normal post. My new plan is to make and release things before I have time to get bored of them, which also gives me less time to decide if something is the worst idea in the universe. I still want to release projects I worked on this year, but it’ll probably be next year because this year is tired and has to focus on moving into a new apartment with a balcony low enough for pigeons to visit!

If pigeons visit/live on my new balcony it would be so easy to get pecked up by pigeons in the convenience of my own home, but I don’t know how to get turned into crumbs first (might not be good to get pecked up in my current form). If you know how to get turned into crumbs or have some solid ideas on the matter, let me know via thought transmissions.

ADDITIONAL INFORMATION: if you're wondering why you don't get notified about new posts ever/anymore, it's because I "feel weird" about sending emails out to notify people when I do a new post. I'll try to stop "feeling weird" about it soon though. I think maybe I just don't want to draw attention to the fact that I've done a post but I also feel compelled to do a post and hope you will not only read but maybe even enjoy it. Believe it or not, I actually do appreciate that you signed up to get emails when I do a new post. Thanks! :)