Pretty Happy About My Animal Box

I can’t stop looking at and thinking about my animal box. This animal box was a present that originally contained various fruit jellies. I don’t really like lollies that much (although the lemon jellies were pretty tasty), but the box is so wonderful that I still think it’s the best present anyone could possibly receive.

My animal box is colourful and made of embossed tin. There are about 50 animals on my box, including:

Various combinations of these animals can be seen on all sides of my animal box, except the bottom, which is gold and reflective and contains information about the brand and ingredients—nothing very exciting. I do like that it says, “These are our friends and we should look after them.” It’s true that all animals are my friends, especially pigeons! It is slightly disappointing that there aren’t any pigeons on the box. 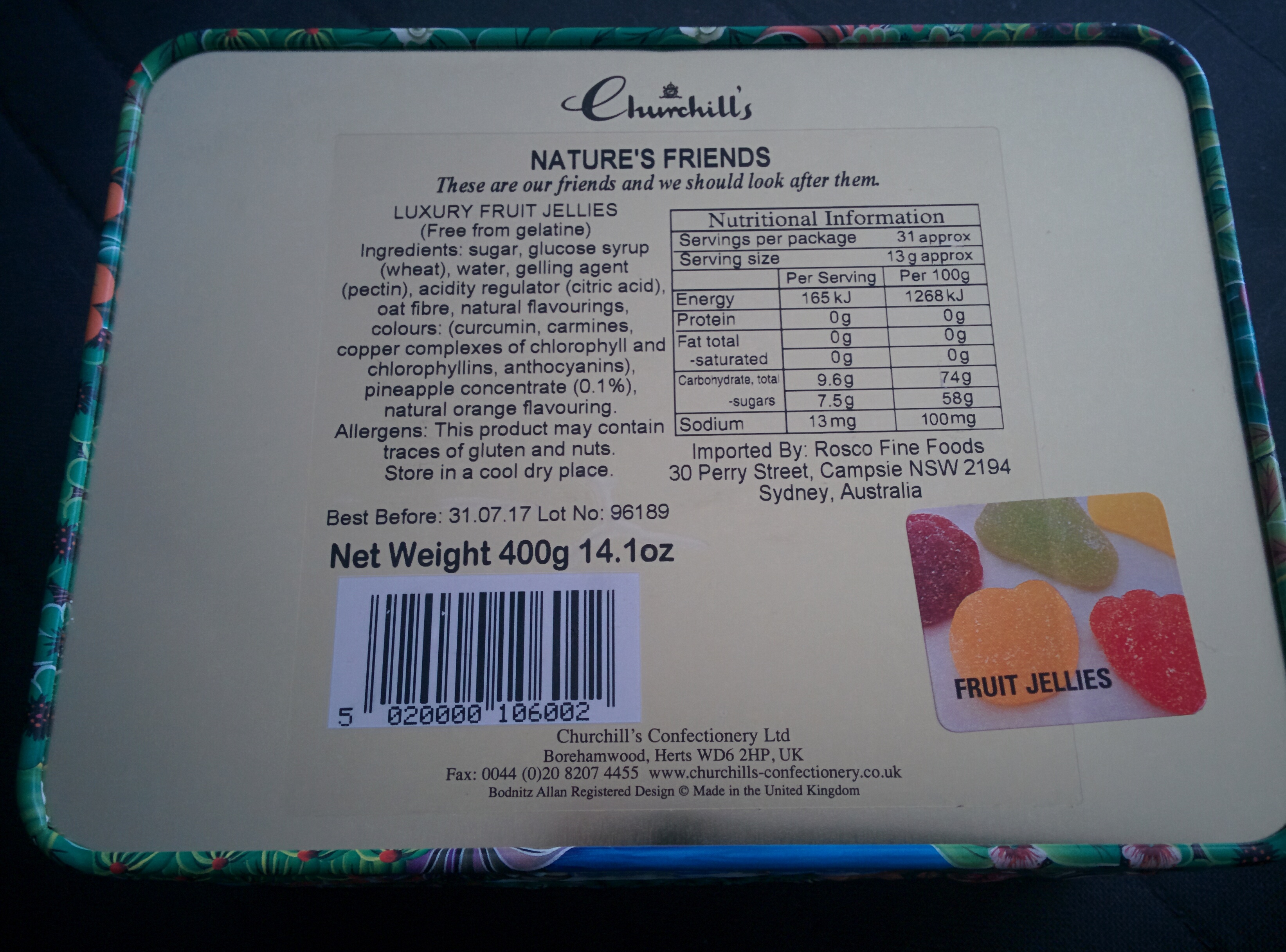 The lid of my animal box is really where all the action is. 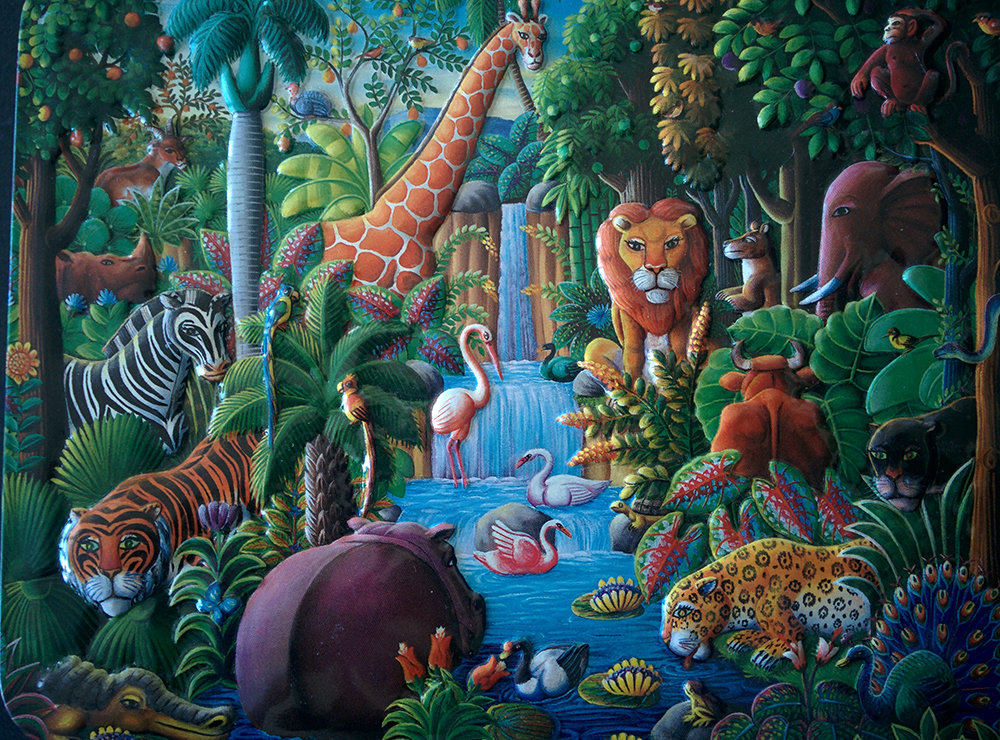 What an amazing place! I would love to go there more than anything. I would never be unhappy there and none of the animals would make judgements about my life choices or anything. I would sit in the tree with the monkey and watch all the animals having fun below and think about how great it is to have so many friends now. 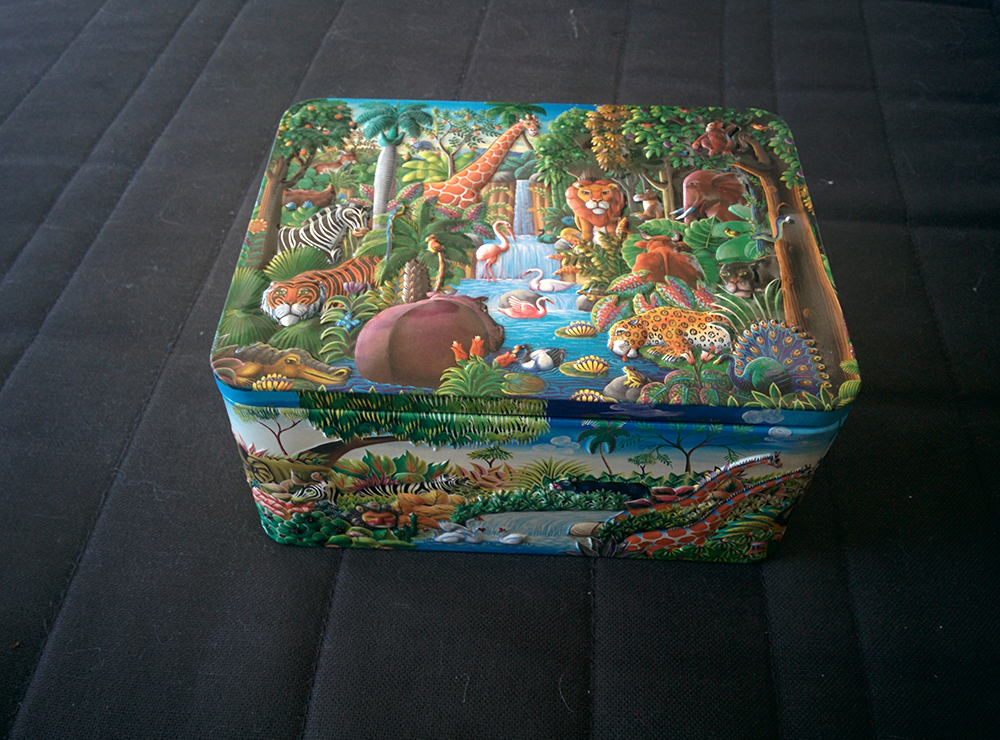 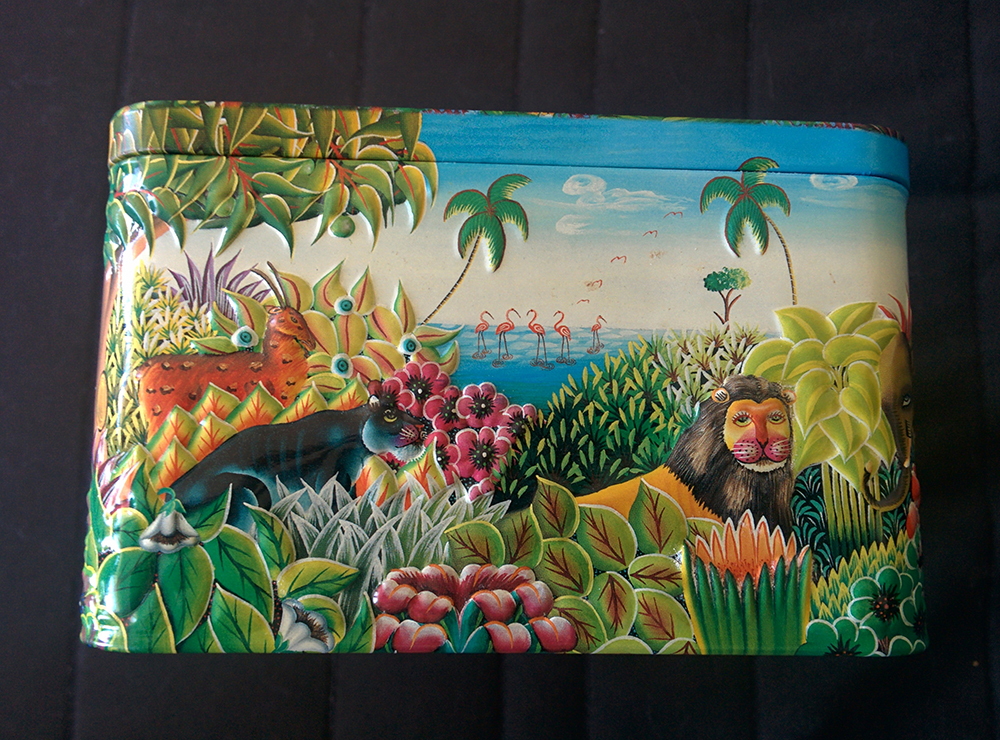 This is my favourite side of my animal box—other than the lid—but I’m a bit worried that the lion and the panther plan on ganging up on that poor ibex-looking guy and turning him into lunch (although really it’s the lioness that hunts). Animals look so cute and nice but nature is actually brutal and if I met a lion she would chase me and then catch me and then crunch me up like a crispy chicken wing while I scream in vain. But at least something good will come of it—a happy lion! Apparently the adrenaline kicks in so much I probably wouldn’t even feel anything so maybe it’s not the worst way to die but I’m quite happy (especially thanks to my animal box) so there’s no point thinking too much about that.

This side is even more stressful because there are three big cats and one ibex. But I’m thinking the elephant is friends with the ibex and will help out if those naughty cats try anything sneaky. 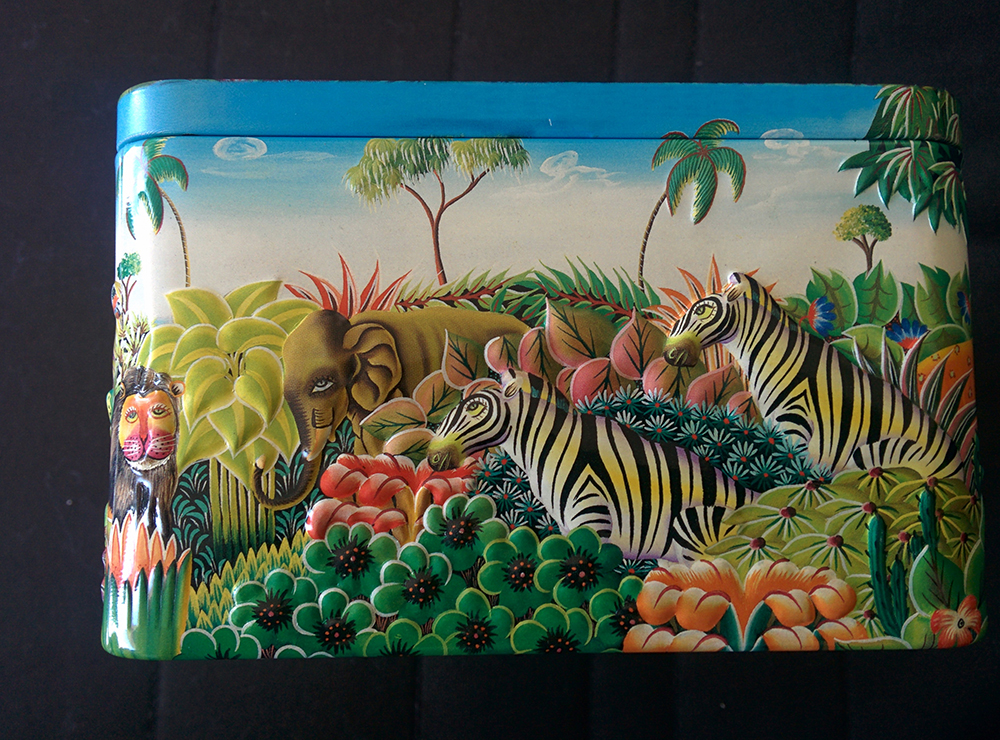 Two zebras and an elephant against one lion—this arrangement is a lot more comfortable. But the lion does seem to be watching from behind some bushes, so maybe he’s planning to jump out and eat someone or maybe he just has voyeuristic tendencies. 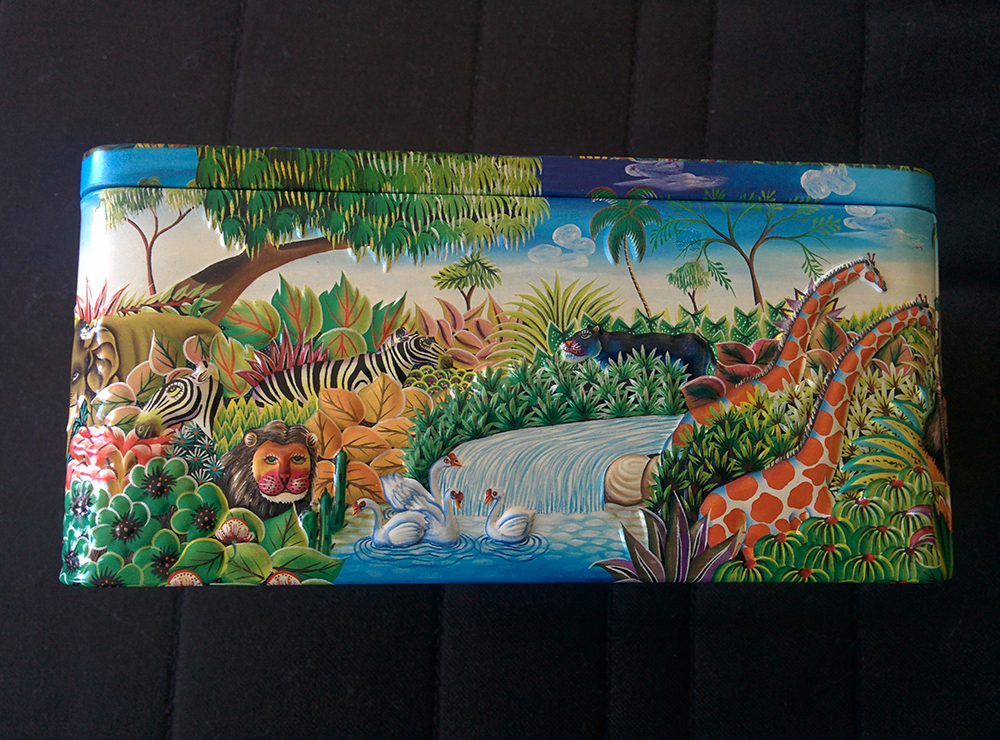 This side is great because there are two giraffes and maybe they’re girlfriend and boyfriend. I’d like to sit in the water and eat some fruit and cool off, because it’s probably pretty hot there. Also, it would be fun to hang out with those swans. I saw Swan Lake or something with my friend Jane a while back. I’m not really into ballet but it was pretty good but all the men’s pants were so tight but anyway that’s fine and I didn’t really notice.

What to Put in My Animal Box?

I need ideas about what to put in the animal box. It has to be something small but also something special. Some things that spring to mind:

If you have any idea what I should use my animal box for, please post a comment except there’s nowhere to comment yet or just email me or send me a letter, which could end up in the box!

My animal box is the best thing I have! I love it so much that I recorded myself hitting the inside with a pen and made a song out of it.