Pigeon Post #1: My Friend Drove Me to the Beach and We Found a Pigeon Park

This is just a quick post (more detailed pigeon posts coming soon) but I just had to share because it was just the best day. First of all, I was already excited because my friend was going to take me to the beach. So she drove me in her car and that was great because I like getting driven around and looking out the window. She found a free parking spot so we were pretty happy about that but THEN as we were walking to the beach I saw this spectacle:

Not only were there over ten pigeons all in one spot, but several of them were sitting. I was going nuts because usually I see pigeons marching around or fluttering about—not sitting! I like it when they sit because they look like little boats and they look like they want to get scooped up into my hands. They would fit so nice in my hands. 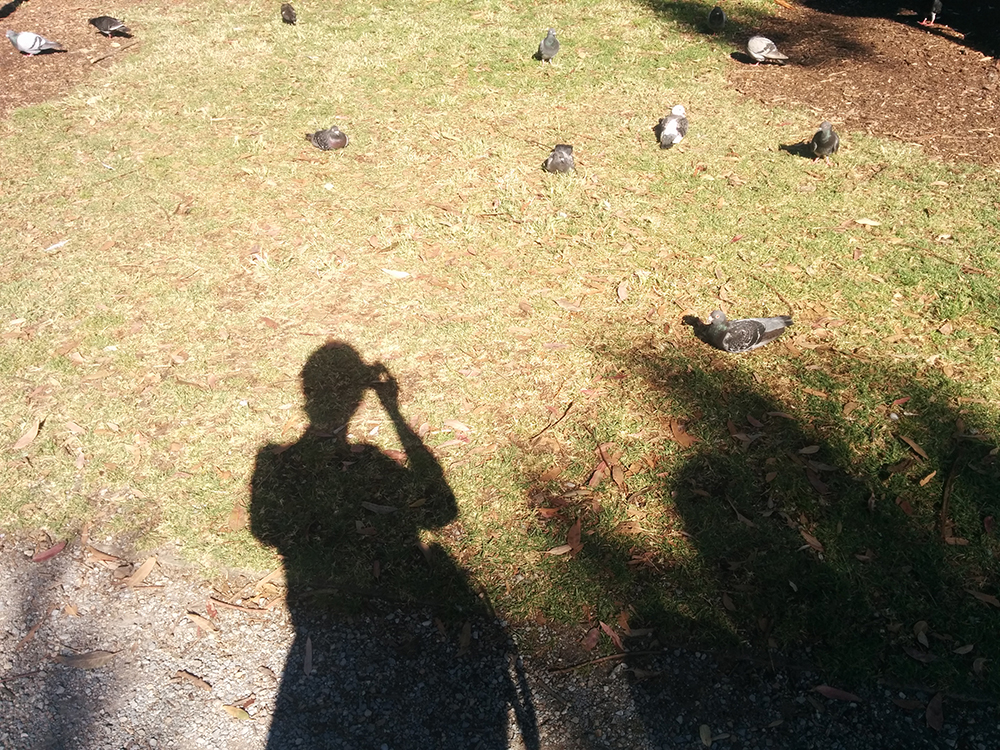 I said to my friend, “They should call this park Pigeon Park” and she agreed. She laughed when I started taking pictures and said I was cute for being so enthusiastic about it. I thought, “YOU ARE CUTE AND PRETTY,” but I didn’t actually say that. She is really pretty though. She has big brown eyes and really long eyelashes and I just stare at them.

So after a while we tore ourselves away from the pigeons and sat down by the ocean and she told me about this guy who’s been “ghosting” her. I reckon he must be crazy because she’s so nice and pretty and I would never ghost her.

It was such a nice afternoon but to be honest I kept thinking we should have just spent the whole time in Pigeon Park because then I could have watched the pigeons at the same time and then it would have been perfect. On the way back to the car most of the pigeons were gone but I still saw a couple so it was a nice way to end the day. My friend said she had to drop me home because she needed to get ready for a housewarming party. She asked me what I was doing tonight but I had nothing to do so I just said I might draw a sitting pigeon and she laughed. I love making her laugh!

And I love Pigeon Park. I want to go there every day and think about scooping all the pigeons up.